From jwiki
Jump to: navigation, search

Japan's national currency is the Yen, written as 円 or ￥ in Japanese. 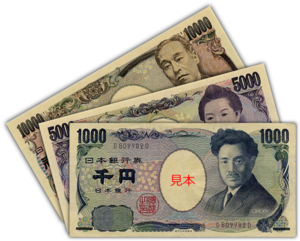 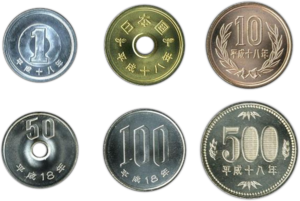 The Japanese still use cash for many transactions, even quite large ones. Shops usually have no problem with people paying for small items using 10,000円 notes, and will happily provide change. When paying with large notes the cashier will often count out the change note by note, before handing over the remainder in coins.

Credit cards are not accepted as universally in Japan as they are in some countries. All big shops/restaurants and many smaller ones take them, but smaller independent establishments may not. Most foreign cards are accepted for payments, including Visa, Mastercard and American Express.

Most Japanese ATMs don't support foreign cards. Look for 7/11 convenience stores as they usually have international ATMs. Japan Post ATMs also take international cards: http://www.jp-bank.japanpost.jp/en/ias/en_ias_index.html. When you do find one it will almost certainly have an English language option.

Suica cards are stored value cards, i.e. you load them up with money and then spend it by tapping the card against a payment pad. They are extremely useful for travel as they can be used on most railways, the Metro and many buses, as well as in shops. There are various other similar cards, like Edy, and often they are compatible. For example, in Kansai railways mostly use the ICOCA card, but Suica cards work as well. A map of compatible cards is available here: http://www.jreast.co.jp/e/pass/suica.html#suicaMap

Suica cards can be bought for 2000円 from vending machines at train stations. 500円 is taken as a deposit for the card, with the remaining 1,500円 being available to spend immediately. More money can be added to the card using vending machines at stations, which are almost always located next to the ticket machines and look very similar. The machines have an English language option and only accept cash. You can't convert money stored on the card back into cash either, only spend it.

To use the card simply touch it against the payment pad when going through the barriers at stations. When you get off the train you need to touch it against the payment pad at the barrier again. The cost of your journey will then be deducted. A screen on the gate displays the amount left on your card. If your card doesn't have enough money left on it to pay for the trip there are vending machines near the gates where you can add more.

If you have a smartphone with NFC there are apps that can read the amount of money on the card and a history of transactions. Search Google Play for "Suica".